The Visconti Caesar’s Firenze comes with a rich history. In 59 BC Julius Caesar established Florence, Italy using it as a settlement for his veteran soldiers. At the time of its creation, it bore the name Fluentia (flowing) due to the settlement’s position between two rivers.
In 1988 the brand Visconti was founded in Florence, Italy.

This timeline of events intersects today as Visconti is releasing a new fountain pen that commemorates Caesar’s establishment of Florence. The new Visconti Caesar’s Firenze fountain pen has all the elements that a customer would want. 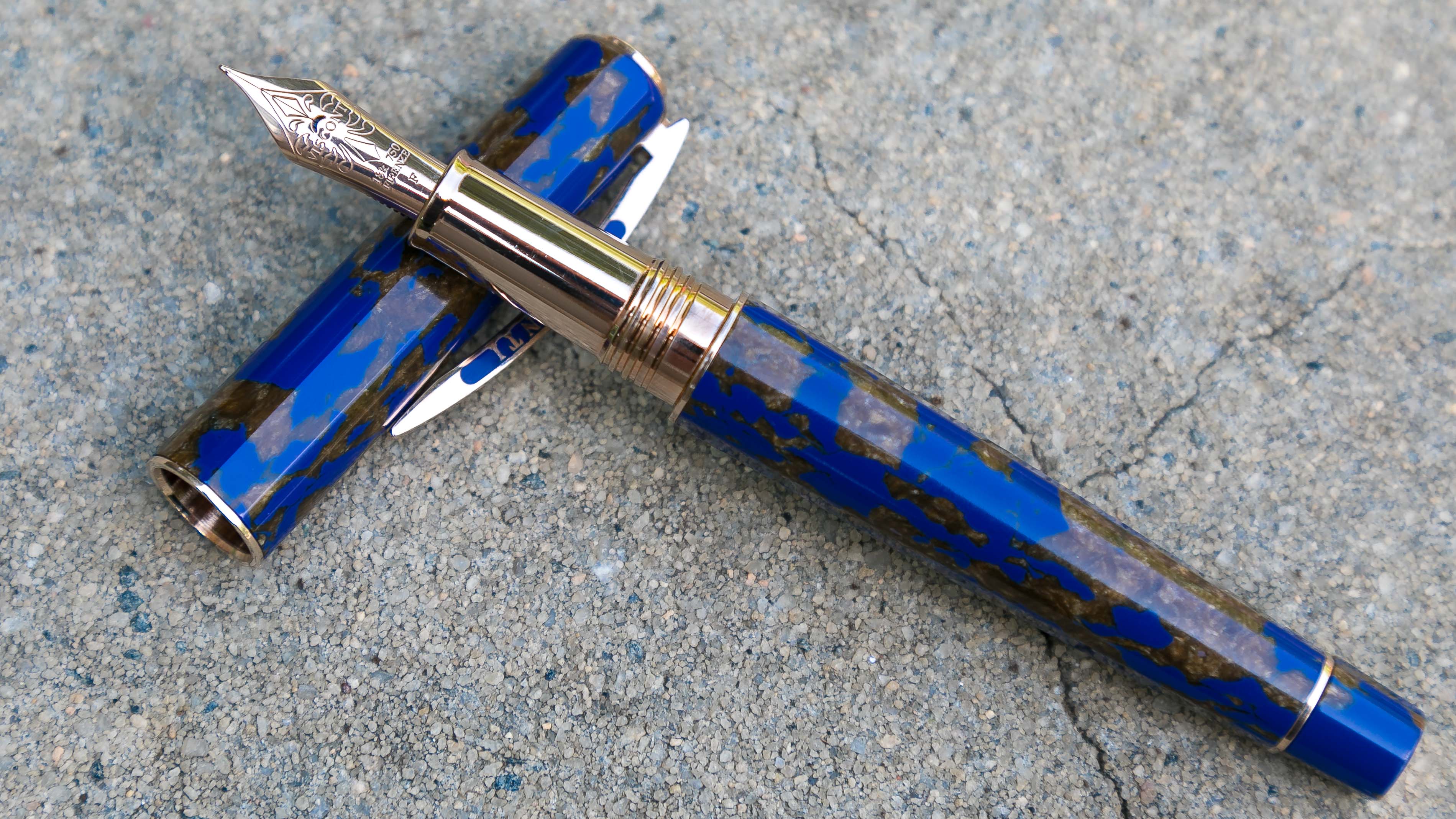 Made from Visconti ‘Titanic’ celluloid, the body of the pen is a brilliant, deep blue with brown variations, that look a bit like contained spots of marbling.

Not only is the pen itself new, but Caesar’s Firenze also showcases a completely new Visconti pen design.  Both the cap and body of the pen have a smooth, rounded surface with the only interruption being two facets along the length of the pen.

There are two trims available for this pen; rose gold or silver. However, there are only 59 pieces available in each trim. 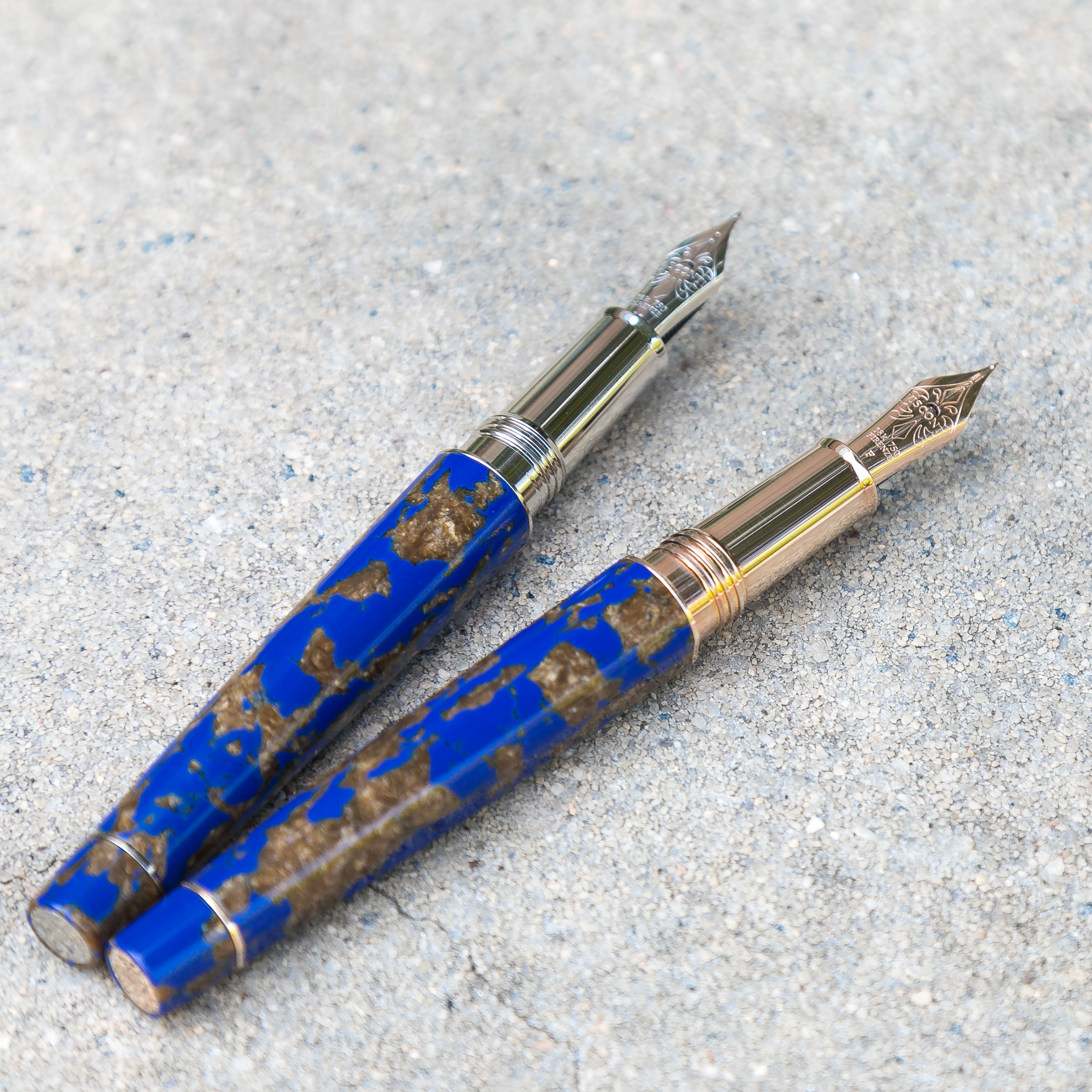 Caesar’s Firenze comes equipped with the Visconti Power Filler System and a selection of nibs to choose from.  Options include Visconti’s large 18K gold nib in Fine, Medium, and Stub. Extra Fine and Broad nibs are available in 23K palladium. Don’t miss out on the chance to own this exclusive pen from Visconti. 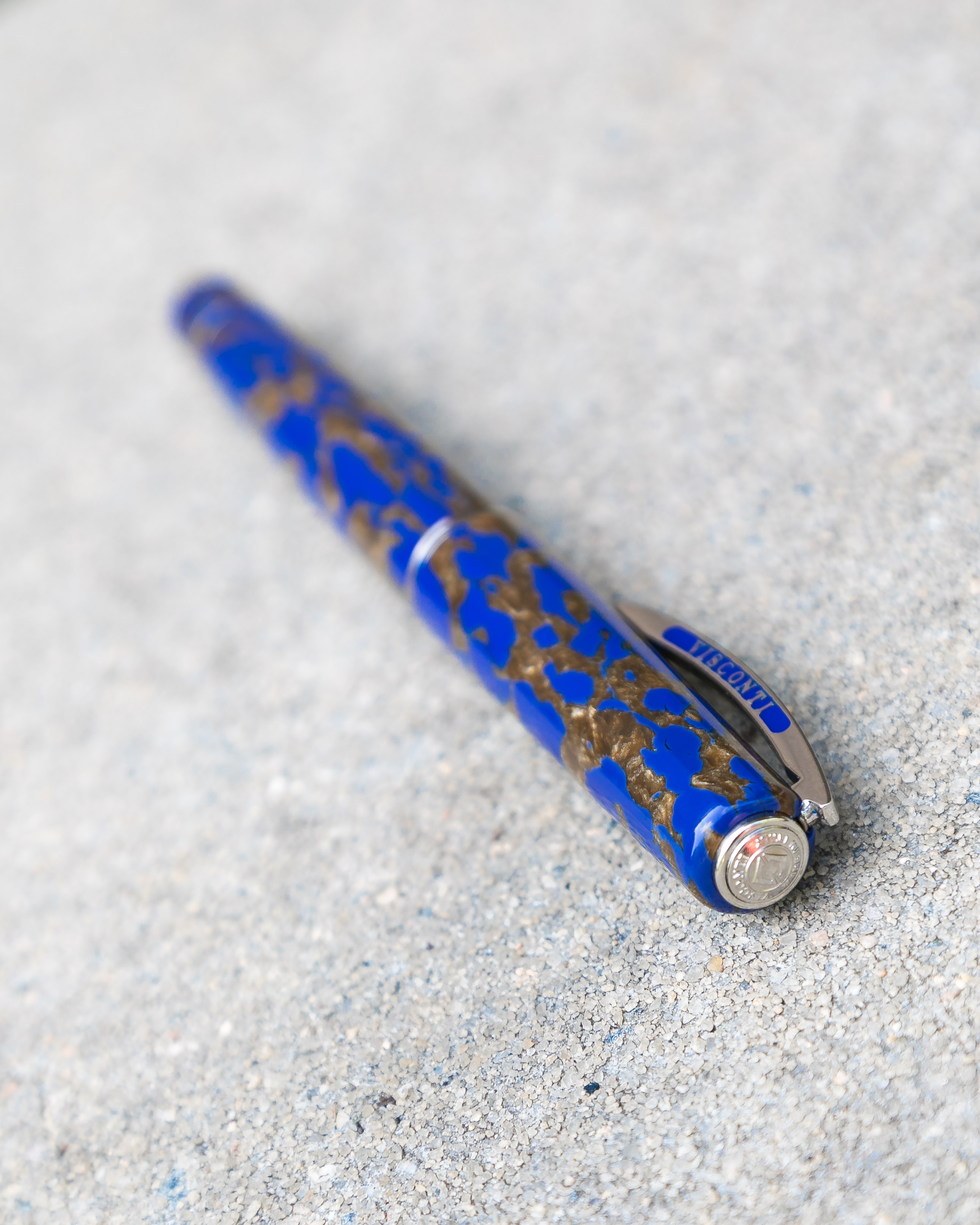