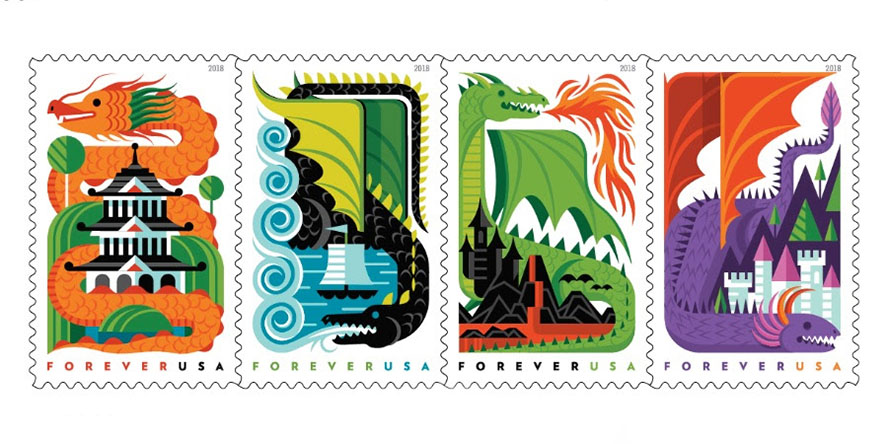 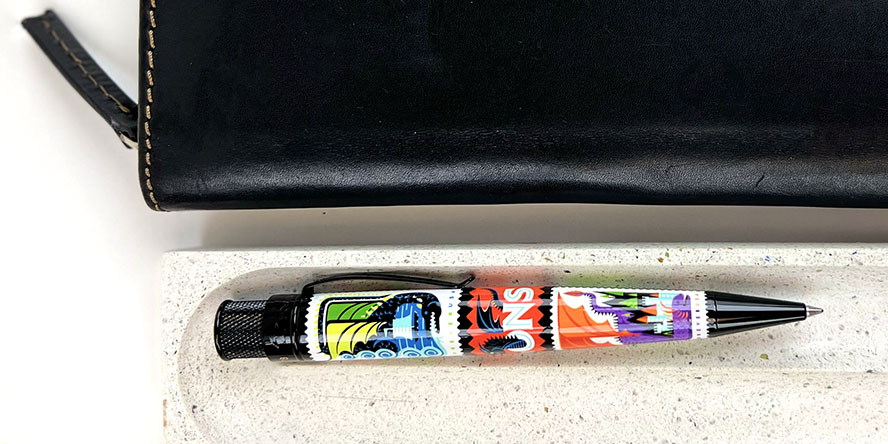 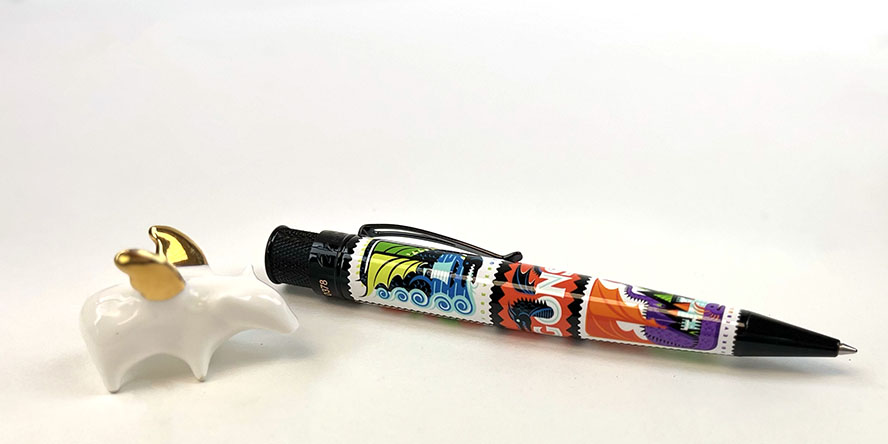 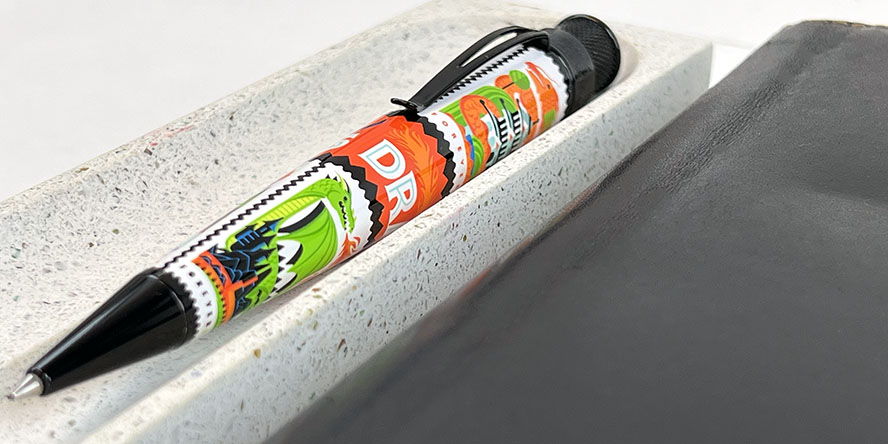 The Retro 51 USPS officially licensed pen collection includes running numbered editions (not limited) dedicated to the United States Postal Service and highlighting the Post Office and its exciting history. The USPS story is intertwined with the history of America and creates the opportunity to experience a unique perspective on the social evolution in the states. From the Pony Express to modern Electric Vehicles, the USPS has a proud tradition of delivering the mail to even the most remote regions of the US.

Retro 51 USPS Tornado Big Shot Dragons rollerball pens takes you on a journey to the time of legend where dragons flew free with four dragon designs depicting "the high-flying, fire-breathing mythological creatures that have roamed our imaginations for millennia." The dragon design features Forever® stamp art by artist Don Clark of Invisible Creature. Each of the colorful Dragon stamp designs (including the stamp selvage graphic) is silkscreened around the Tornado Big Shot's metal barrel, and protected with a gloss varnish. The design is paired with stealth black trim and topped with a final dragon on the pen's finial.

1. A wingless orange dragon weaves around a pagoda
2. A green-winged black dragon with green armor swoops past a ship at sea
3. A green, fire-breathing dragon towers over a medieval-inspired castle
4. A purple dragon with orange wings and sharp black armor snakes around a fairy tale white castle

Each Retro 51 USPS Tornado Big Shot Dragon rollerball pen is numbered on the top ring next to the USPS® logo and packaged in a commemorative tube. The commemorative tubes Retro 51 uses for their pen packaging can easily double as a pen stand or carrying case.

Order your Retro 51 USPS Tornado Big Shot Dragon rollerball pen now, and enjoy the anticipation of knowing your very own parcel of legends will be winging its way to your door (likely via USPS).

*This pen from the USPS collection is not a limited edition.

While the Retro 51 Tornado Big Shot pen is wider in diameter, it still accepts a "Parker style" or Schmidt Short Capless rollerball refill.