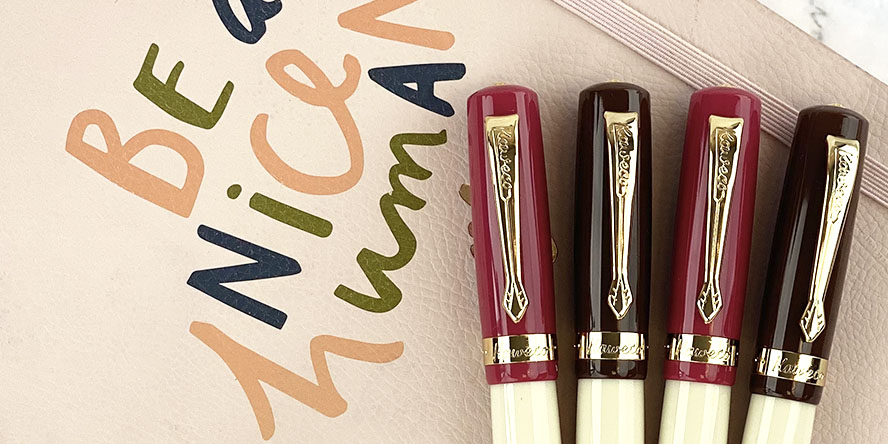 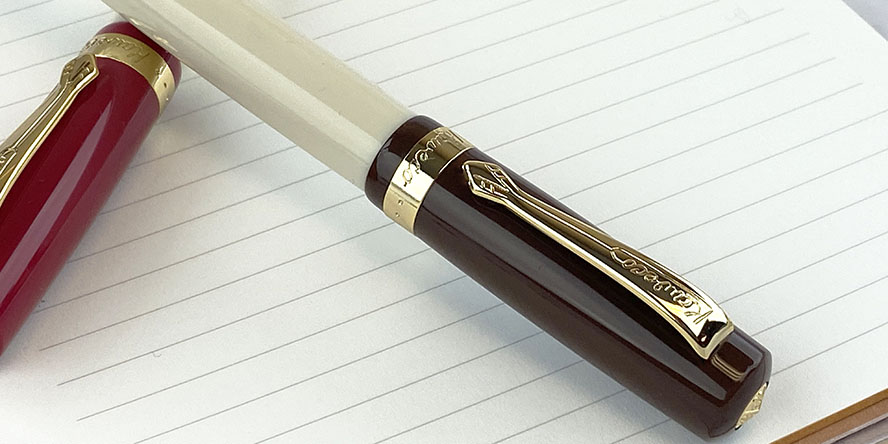 About the Kaweco Student

The Kaweco Student rollerball pen comes with a screw on cap. The pen is made with a plastic resin cap and barrel and the grip section of metal. This heavier section weights the pen to the front and balances it well for writing.

* Special orders typically ship in 10-14 business days. However, occasionally due to manufacturer inventory, items can take up to 1-3 months. For a specific shipping estimate on your special order contact Customer Care.

Guaranteed Quality
Each Kaweco Student Rollerball Pens we sell is guaranteed to be genuine, authentic and will arrive brand new & unused!

This is the Kaweco Student Rollerball Pen. It comes in a tin box with the Kaweco logo on the top. Two different logos in a fountain pen depicted. Hinge style lid lifts open. Has a soft kind of molded velvet or felt interior to the box.

And then, of course, we have the Kaweco Student Rollerball Pen. The plastic cap & barrel are resin. And it has chrome colored accents on the pen. On the top of the cap, you can see the Kaweco logo medallion. Kaweco is engraved on the clip of the pen, the Kaweco logo, kind of an arrow shape to the clip, little curve to it.

A band at the bottom of the cap has Germany engraved on the backside, Kaweco logo there on the front. Plain resin on the end of the barrel of the pen. The cap is threaded, unscrews. It can be posted on the pen. It has a metal section. Gives a little bit of weight to the front of the pen. I like that. It kind of balances the pen real nicely, that chrome metal end.

To change the ink on the pen, you just unscrew that front section from the barrel of the pen. And it comes with just a standard universal rollerball refill. Basic rollerball pen, great design, comes in a bunch of great different colors. Get your Kaweco Student Rollerball Pen at PenChalet.com!

The pen is beautiful, with a nice weight and feels solid when writing.
Patreisha
Columbus, OH
5 out of 5

Love everything about this one.
LeTonya
baton rouge, LA
5 out of 5

Beautiful looking pen. It is very study and I love the threaded cap. The pen has great design, and is comfortable to hold. For me personally, the grip is too slippery to write for extended periods of time.
Gregory
Winnipeg, MB
4 out of 5

this pen is exactly called "Student for a reason. it is light weight and sturdy. It is very comfortable when you have mid to large size hand to hold. I love the color that I ordered for this pen - vintage blue. Kaweco is an excellent penmaking manufactory. it does not surprise me if one day in future, it may overtake one of the traditional German powerhouses like Mont Blanc or Pelikan.
Douglas
Mesa, AZ
5 out of 5

FAQs about the Kaweco Student

Q:
What kind of refill will this take? Can it take a pilot g2 refill?
Asked on Mar 31 2016 by Daniel
A:
The Kaweco Student Rollerball pen comes with a standard rollerball refill. The Pilot G2 works perfectly with it, as well.
Ask your own question:
Retail: $50.00
Ships in 1-3 business day.
Low inventory, act now!
Special Order:
Shipping times may vary
price match